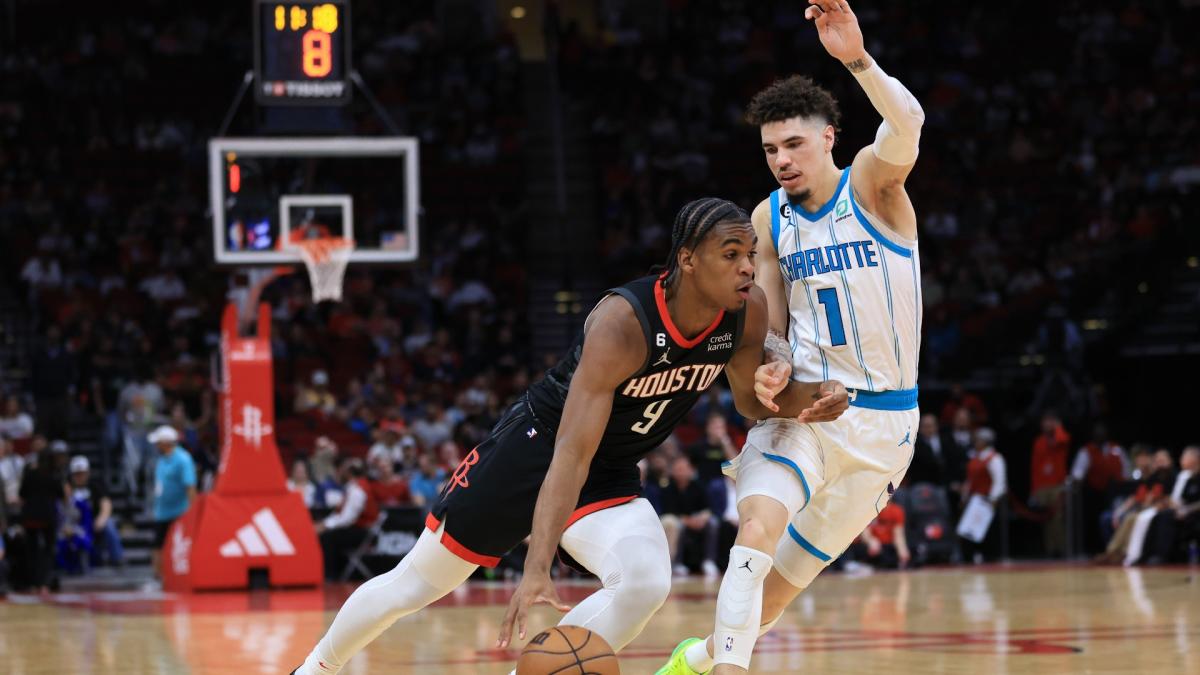 LaMelo Ball is confident his latest ankle injury will not keep him out long despite exiting the Charlotte Hornets‘ 122-117 win over the Houston Rockets on Wednesday.

Ball hurt his left ankle for the third time this season in the third quarter when team-mate P.J. Washington landed on him as both jumped to block a Jabari Smith shot.

The Hornets point guard and 2020 NBA Draft third pick overall remained on the ground in pain and appeared unable to bear weight on his left leg as he was helped to the locker room. He was ruled out with a “left ankle sprain”.

“I can walk and everything, so I’ll just take it day by day and see what it is,” Ball told reporters.

“I feel a little better. It don’t feel like them other ones so I think I’ll be straight.”

The game was only Ball’s 21st this season, enduring an interrupted campaign where he is averaging 24.0 points, 5.4 rebounds and 8.4 assists.

Ball said he would not require an MRI scan while Hornets head coach Steve Clifford was a bit more circumspect.

“We’ll see how he feels tomorrow and that’s really it,” Clifford said.