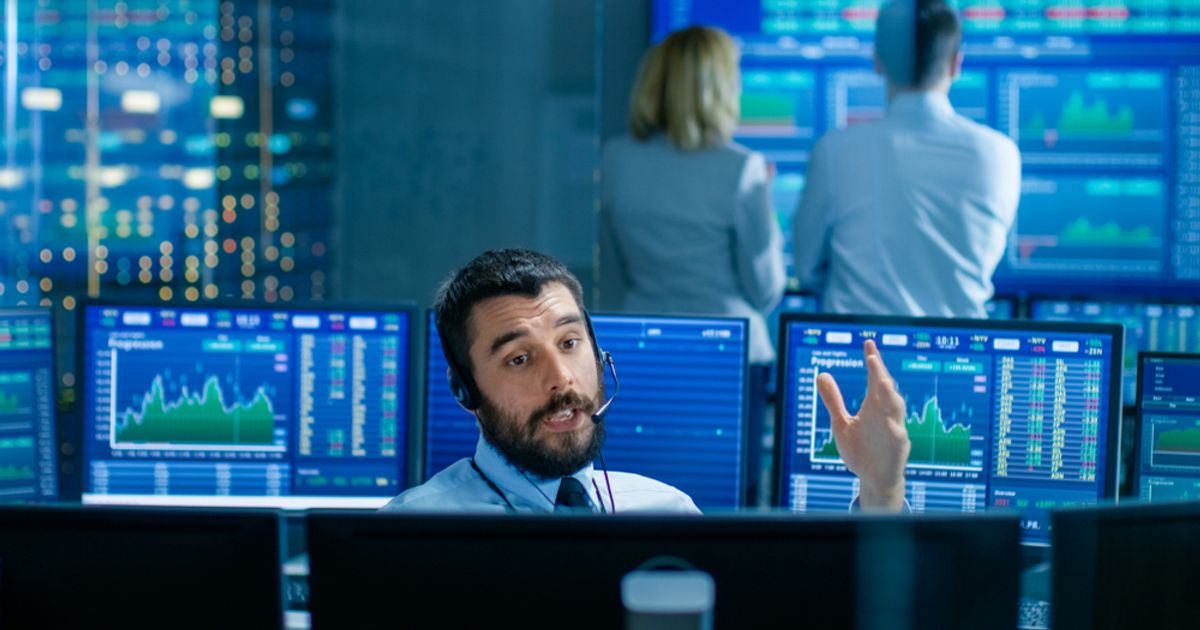 US markets ended the day sharply lower as weak industrial production and retail sales figures heightened fears that the US was heading into recession.

The decline in industrial production in December was well below Street expectations with a fall of 0.7% month-on-month comparing to the market consensus of -0.1% while November’s number was revised downwards to a fall of 0.6% from -0.2%.

ING’s James Knightly noted manufacturing was responsible for most of the weakness with output falling 1.3% in December after a 1.1% drop in November with all the main sub-components lower, motor vehicles/parts down 1%, machinery down 3.4% and computer/electronics down 1%.

Coming on the back of such a poor retail sales report it reinforced the message that recession is on its way and “we could in fact already be in it,” Knightly said.

Stocks on the move included Mobileye with shares of the assisted driving company up 6.1% after Deutsche Bank initiated coverage of the stock as a buy. The firm said Mobileye’s technology was superior and could help the company become a Tier 1 auto supplier.

After a positive open, the benchmarks have taken a turn for the worse.

“Markets are quite happy to see inflation weaken, but the sight of weaker US retail sales is certainly not music to their ears,” said Chris Beauchamp, chief market analyst at online trading platform IG. “With earnings season only just hitting its stride, such weakness in economic data bodes poorly for corporate results, at least in coming quarters. In addition, comments from Fed member Bullard suggest that we haven’t quite seen the death of the 50bps rate hike, and that it might be better to err on the side of caution.”

“We’re almost into a zone that we could call restrictive – we’re not quite there yet,” Bullard said Wednesday in an online Wall Street Journal interview.

Meanwhile, shares of Microsoft Corporation are down 1.3% after the company announced plans to lay off 10,000 employees through March 31.

US stocks opened higher on Wednesday as investors weighed up a slew of economic data released this morning.

Retail sales fell more than expected in December, according to new data from the Commerce Department released before the bell, decreasing by 1.1% compared to the consensus expectation of a decline of 0.8%.

Pantheon Macroeconomics senior US economist Kieran Clancy noted that the steep drop in December sales, and the large downward revisions to October and November, continued the downtrend since last spring and put consumption on a poor footing for the start of 2023.

“That slowdown likely will deepen in 2Q, if we’re right in expecting a slowdown in job growth, making people less willing to draw down on savings accumulated during COVID,” Clancy said.

Meanwhile, the US producer price index (PPI) declined 0.5% in December, a bigger drop than the forecast -0.1%. The core PPI rose 0.1% in line with expectations.

“To be clear, some pockets of PPI inflation remain stubborn, light truck prices rose 7.1% in the year to December compared to just 2.1% for cars and capital equipment prices rose at a 4.4% annualized rate in 4Q, but the big picture is one of rapid disinflation with much more to come,” commented Pantheon Economics chief economist Ian Shepherdson.

He noted that core PPI inflation fell to 5.5% in December, down from 6.2% in November and 9.7% at the peak in March 2022, but prices rose at a mere 2.6% annualized rate in the three months to December, compared to the previous three months.

“That’s the slowest increase on this basis since August 2020, but the big difference this time is that it is sustainable,” Shepherdson said.

6.30am: PPI, industrial production and retail sales data in focus

Wall Street is expected to open moderately higher as the corporate earnings season progresses and traders watch out for a deluge of economic data to gauge the health of the US economy.

Futures for the Dow Jones Industrial Average rose 0.1% in Wednesday’s pre-market trading, while those for the broader S&P 500 index gained 0.2%, and contracts for the Nasdaq-100 added 0.1%.

While companies reporting quarterly earnings today include Charles Schwab (NYSE:SCHW), Prologis and PNC Financial Services (NYSE:PNC) Group, “all eyes will be on retail sales and industrial production data both of which are expected to show continued weakness. Industrial production is set to have taken a hit from significant winter storms seen stateside,” commented TickMill Group market analyst Patrick Munnelly.

“On the retail sales side of the ledger, weakness is expected to be driven by record declines in the used car sales market,” he added. “The US data slate is rounded out today with producer prices data which is expected to follow CPI’s lead and show a build in disinflationary pressures for producers, investors will have one eye on the wires as Fed officials are set to make further remarks today,” he said.

Retail sales are expected to have decreased by 0.8% in December, while the consensus is for a 0.1% decrease in industrial production and a decline in capacity utilization to 79.6%.

December’s producer price index (PPI) is expected to show a decline as lower gasoline prices help ease production costs. The consensus is for a year-over-year moderation in the PPI to 6.8% from 7.4% in November.