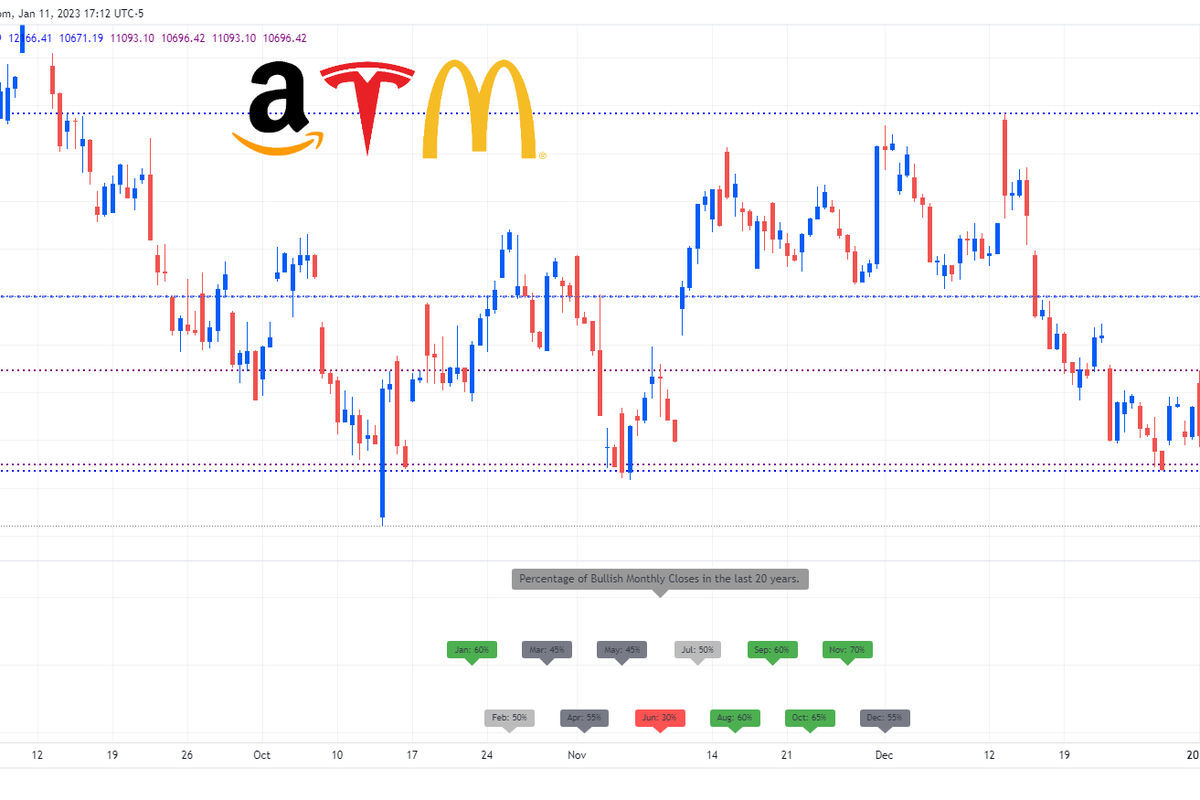 January has been historically a good month for stocks as some investors reenter the market after selling some of their holdings at the end of the year. The bullishness at the start of each year is dubbed the ‘January Effect’.

On January 6, US stocks staged their first big rally of the year, with the Dow Jones Industrial Average closing 2.13%, the S&P 500 jumped 2.28% and the Nasdaq Composite gaining 2.6%.

The rally could also be triggered by investors using their year-end cash bonuses to splurge into risky investments in January. With this in mind, we have rounded up three US stocks to watch in January:

JP Morgan JPM recently stated that Amazon AMZN remains its top internet pick, forecasting that the e-commerce giant will overcome macroeconomic headwinds by 2023. However, Amazon is no exception to the wave of layoffs in the tech space over the past year. The tech behemoth disclosed last week that is laying off 18,000 jobs, more than previously planned.

“Several teams are impacted; however, the majority of role eliminations are in our Amazon Stores and [People, Experience, and Technology] organizations,” Amazon CEO Andy Jassy said in a blog post on January 5.

But it is worth noting that Amazon remains the United States’ second-largest private employer next to Walmart. Amazon’s stock jumped 2.9% on Tuesday and 5.8% on Wednesday.

Tesla recently applied to expand its Gigafactory in Texas with a $775.7 million investment, Reuters reported, citing filings with the Texas state department of licensing.

The investment plan comes despite Tesla missing delivery estimates in the fourth quarter of 2022. The company delivered 405,278 electric vehicles in the three months ended December 31, up 40% from a year earlier, but missing Elon Musk’s 50% growth target.

Tesla’s stock is also susceptible to its volatile CEO. The billionaire — who recently made it to the Guinness World Records for suffering the largest loss of personal fortune in history after shedding about $182 billion since November 2021 — has drawn attention from the federal government again after tweeting about disabling driver monitoring. The National Highway Traffic Safety Administration said the issue is now part of a wider investigation into accidents involving at least 14 Tesla vehicles while using the Autopilot driver assist system.

McDonald’s Corp. MCD is another stock to watch in January after the largest fast-food company in the world announced that it is planning a restructuring that would result in corporate job cuts. The company told employees in a memo that it will “evaluate roles and staffing levels… and there will be difficult discussions and decisions ahead.”

MCD closed up 0.6% on Tuesday but closed flat on Wednesday.