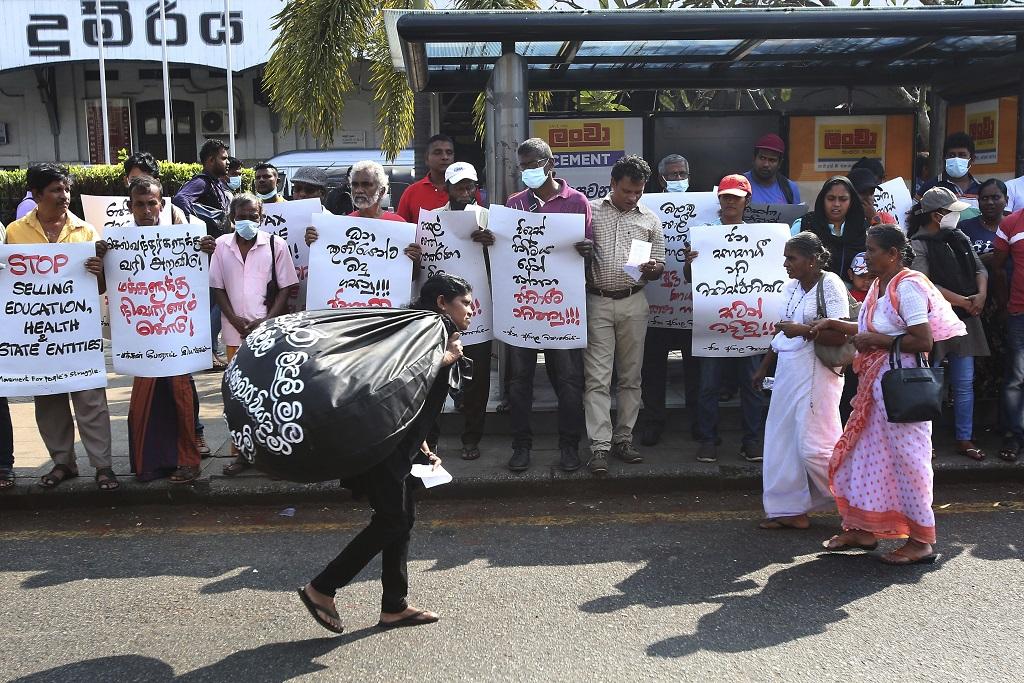 This story is part of a Prospect series called The Great Inflation Myths, which takes on the dominant orthodoxies mainstream economists and the Federal Reserve have been espousing about inflation and the need for interest rate hikes to tame it. You can read every piece in the series at prospect.org/GreatInflationMyths.

Tight monetary policies in rich countries obviously affect people in the countries where they are applied, but they also cause ripple effects across the world. We were already in a very unequal world before the most recent global price increases. Most developing countries were not able neutralize the damage inflicted by the pandemic, largely because they had much weaker fiscal stimuli. Of nearly $14 trillion in additional fiscal spending by the end of 2021, more than 80 percent was from just ten advanced economies, and more than half was from the U.S.

This fiscal inequality worsened after the start of the Ukraine War. Governments of low- and middle-income countries were constrained by declining revenues and externally or self-imposed austerity, because of concerns about high levels of sovereign debt, or IMF conditions imposed on borrowing, or simply the fear of potential credit rating downgrades and capital flight.

All this has been devastating for many economies, especially those with high levels of import dependence. Many of these countries had borrowed heavily from abroad, through both credit and bond markets, to finance imports when access to cheap credit was easy. Much of this borrowing was in dollars, and the Federal Reserve’s high interest rate policies caused the dollar to appreciate against other countries, increasing their real debt burden.

When exports, tourism revenues, and remittances collapsed during the pandemic, they were unable to garner the foreign exchange to finance imports and service their foreign debts. Accessing new debt or rolling over past debt became difficult in the deteriorating environment, pushing many economies to the verge of a debt crisis.

Then came the additional blows of inflation and monetary tightening by rich countries’ central banks. The “cost-of-living crisis” induced by inflation is much more severe in the low- and middle-income countries, because food and fuel price increases are amplified in their case. Meanwhile, monetary tightening, higher interest rates, and a strong dollar resulted in more capital outflows.

A perfect storm of worsening debt problems, rapidly shrinking reserves, and collapsing currencies followed, driving these countries into an austerity trap, with contractionary policies worsening rather than delivering solutions to the problem. This has driven some countries to default. For example, Sri Lanka’s rupee depreciated by around 40 percent vis-à-vis the U.S. dollar between January and May 2022, when the country defaulted on its debt—and has fallen by 80 percent over the course of 2022. Ghana’s cedi depreciated by around 60 percent in 2002, and Ghana defaulted on its debt in December 2022.

All this has proved to be a triple whammy for the developing world. First, the retreat of inflation has been slower and less dramatic than it could have been if more direct measures to counter price increases had been adopted. Second, rising interest rates have meant more dollar outflows to service external debt, and currency depreciation in poor countries has made the domestic currency burden even greater. Third, the return flow of capital to now more attractive dollar-denominated assets in the rich economies triggered capital flight out of low- and middle-income countries and sharply curtailed their access to new capital flows.

To make matters even worse, these countries (many of which have barely recovered from the pandemic and are already dealing with significant external debt levels for both public and private sectors) are now being forced to respond to interest rate hikes in the U.S. and EU, by forcing up their own rates. They have had to impose even bigger increases in interest rates than the advanced economies, with even more adverse effects on domestic economic activity and employment. Interest rates in the developing world are being raised not only to combat inflation, but to prevent the exit of capital in the wake of interest rate hikes in the advanced economies.

The problem of capital flight is exacerbated by the accumulation of legacy foreign capital during the years when rich countries’ central banks adopted easy-money policies. With the substantial easing of liquidity conditions in the advanced economies, investors started taking interest even in “frontier markets” in sub-Saharan Africa and elsewhere. There was a sharp increase in bond issuance in some of the poorest countries, as governments sought to exploit the opportunity to relieve balance-of-payments stress and fund infrastructure projects. (In 2019 alone, Ghana, Kenya, and Benin together issued Eurobonds in international capital markets to the tune of US$5.7 billion.)

With greater vulnerability comes greater punishment, especially by the bond markets. The spread of bond yields in low- and middle-income countries relative to U.S. Treasury bills widened dramatically, in many cases doubling in the six months before July 2022. One consequence is widespread debt stress and even default in several countries. By October 2022, a UNDP report concluded that 54 countries, home to more than half of the world’s poorest people, needed immediate debt relief to avoid even more extreme poverty and to have a chance of dealing with climate change.

This means that, in addition to direct measures to combat inflation, medium-term responses must include capital controls in these countries. This is required to partially insulate themselves from the fallout of perverse monetary policies in the advanced economies. Controls on both outflows and inflows are unavoidable to reduce vulnerability.

This was evident ever since the debt crises of the 1980s, the Southeast Asian financial crises of the late 1990s, and the multiple currency and financial crises thereafter, even though it has been anathema in the neoliberal age. But now such measures are imperative. It is true that the presence of accumulated legacy capital means that imposing capital controls could precipitate capital flight and therefore further balance-of-payments difficulties and associated economic pain. But that is a price that perhaps must be paid, to escape from the trap into which financial integration has pushed these countries.

More generally, policy shifts must focus on unwinding the neoliberal economic policy regimes put in place since the 1980s. Such policies have stalled and reversed the diversification of economic activity that occurred in most developing countries in the years following the decolonization wave that set in after the 1940s. Limited diversification has made these countries excessively dependent on imports, including for essential goods. Neoliberal policies made many poor countries net food importers without strong options in periods of sudden global price increases. They also limited the capacity to export, by discouraging diversification into areas where global markets are dynamic and more lucrative. This rendered countries vulnerable to an erosion of foreign-exchange earnings even in normal times, let alone during a crisis like the pandemic. They also made all such countries much more vulnerable to volatile capital flows, with associated effects on exchange rates.

So we need more than specific short-term responses to inflation, whether domestic or imported—a major overhaul of economic strategies is required. This is a daunting challenge, but the timing may be propitious. A retreat from globalization is now not something required only in the developing world—it is proving to be a global imperative.