“He is doing well at age 93,” Bill Gates wrote about Warren Buffett. “His generosity to all the foundations he gives to including the Gates Foundation is incredible.” 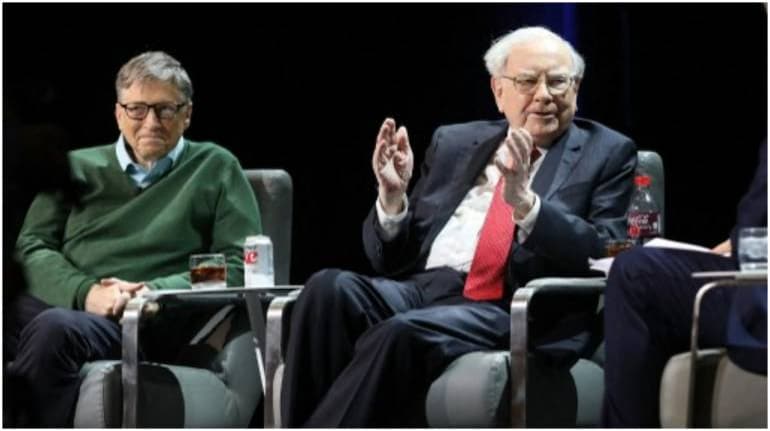 Warren Buffett and Bill Gates have been friends for 31 years.

Bill Gates on Thursday revealed that continues to take advice with his log-time friend and legendary investor Warren Buffet. The Microsoft co-founder called Buffett “incredibly wise” and said that his generosity to the foundations he donates to, including the Gates foundation, is incredible.

Warren Buffet and Bill Gates have been friends for 31 years and their friendship continues to blossom even as the Berkshire Hathaway CEO celebrated his 93rd birthday.

“He is doing well at age 93,” Gates wrote on Reddit during an “ask me anything” session on Thursday. “I had dinner with him on Sunday… He is incredibly wise.”

Answering a question about his involvement with Berkshire Hathaway, Gates added, “I am no longer on the board of Berkshire but he (Buffett) still shares a lot of advice with me and his generosity to all the foundations he gives to including the Gates Foundation is incredible.”

“We still play some bridge but not as much as we used to. He got me hooked on bridge and I play with some of his friends including some tournaments,” he wrote.

According to a CNBC report, the Berkshire Hathaway boss is known to play the game for eight hours a week and it is also be the only game at which he may be better than Bill Gates.

“I probably play 100 times as often as Bill, so that probably is the only game in the world where I would have a slight edge with him,” Buffett had told CNBC. “Very slight edge,” he added.